The Featured App Rankings product provides data on the impact of featuring and featured creatives as they appear on the App Store and Google Play in different countries. It provides both download data, based on the featuring position, and occurrence data, based on which type of feature an app has, for 84 countries and all feature types. This data goes back starting JAN 2016 for both the App Store and Google Play. 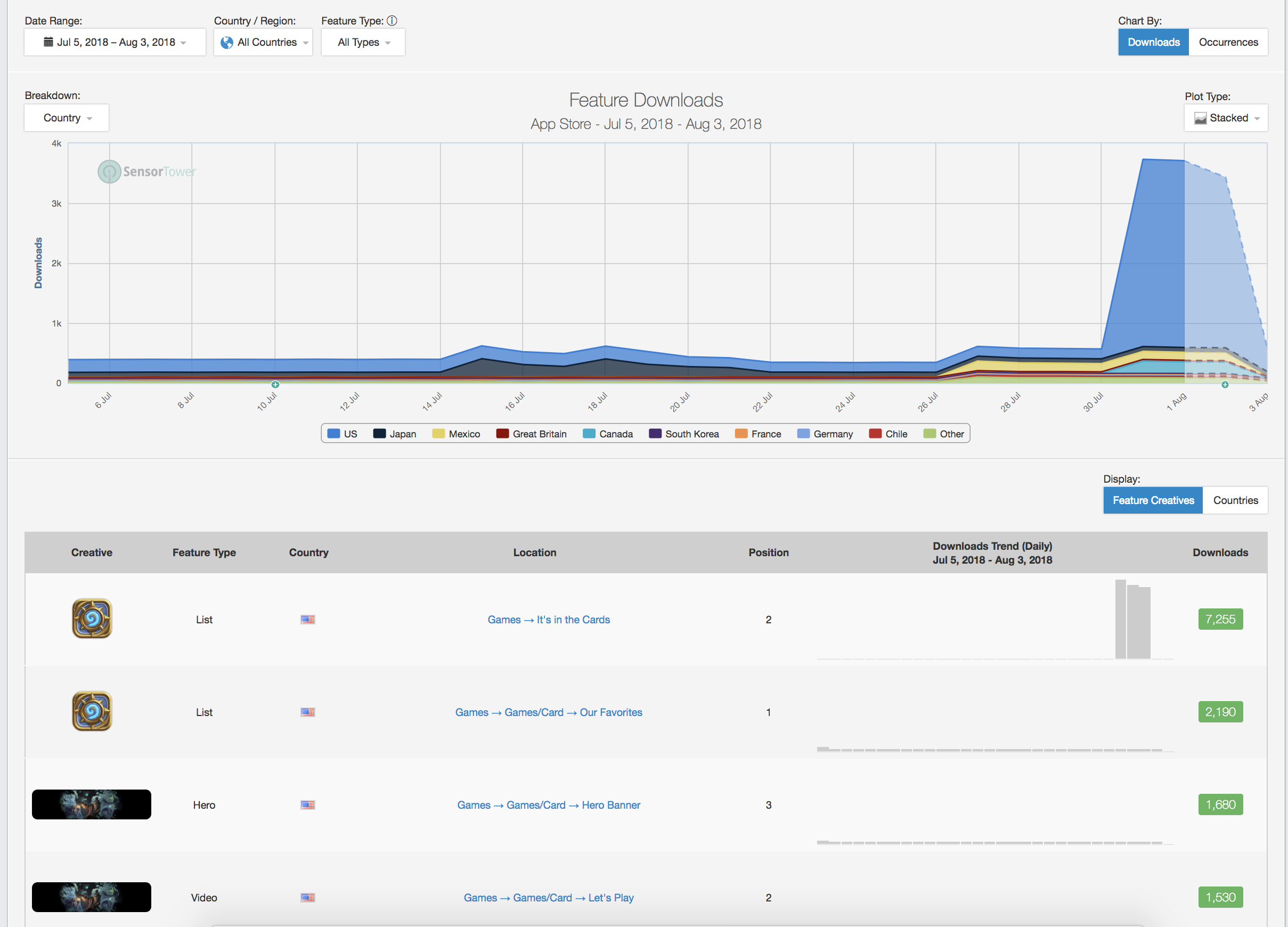 The Countries Display shows a chart by country and the percentage share of the country for overall downloads and feature occurrences. 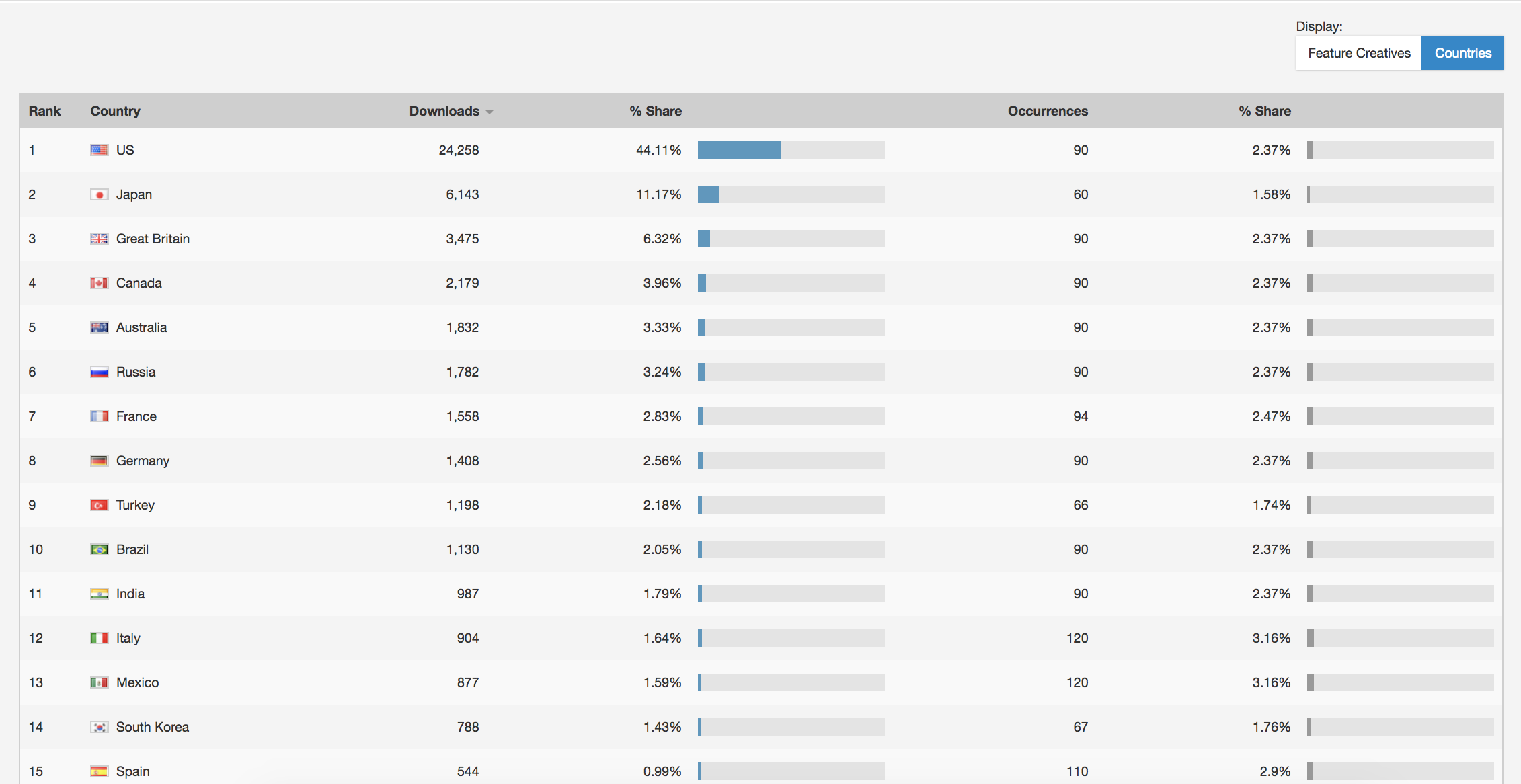 This feature is only available to our Enterprise App Intelligence users.

Did you find it helpful? Yes No

Send feedback
Sorry we couldn't be helpful. Help us improve this article with your feedback.